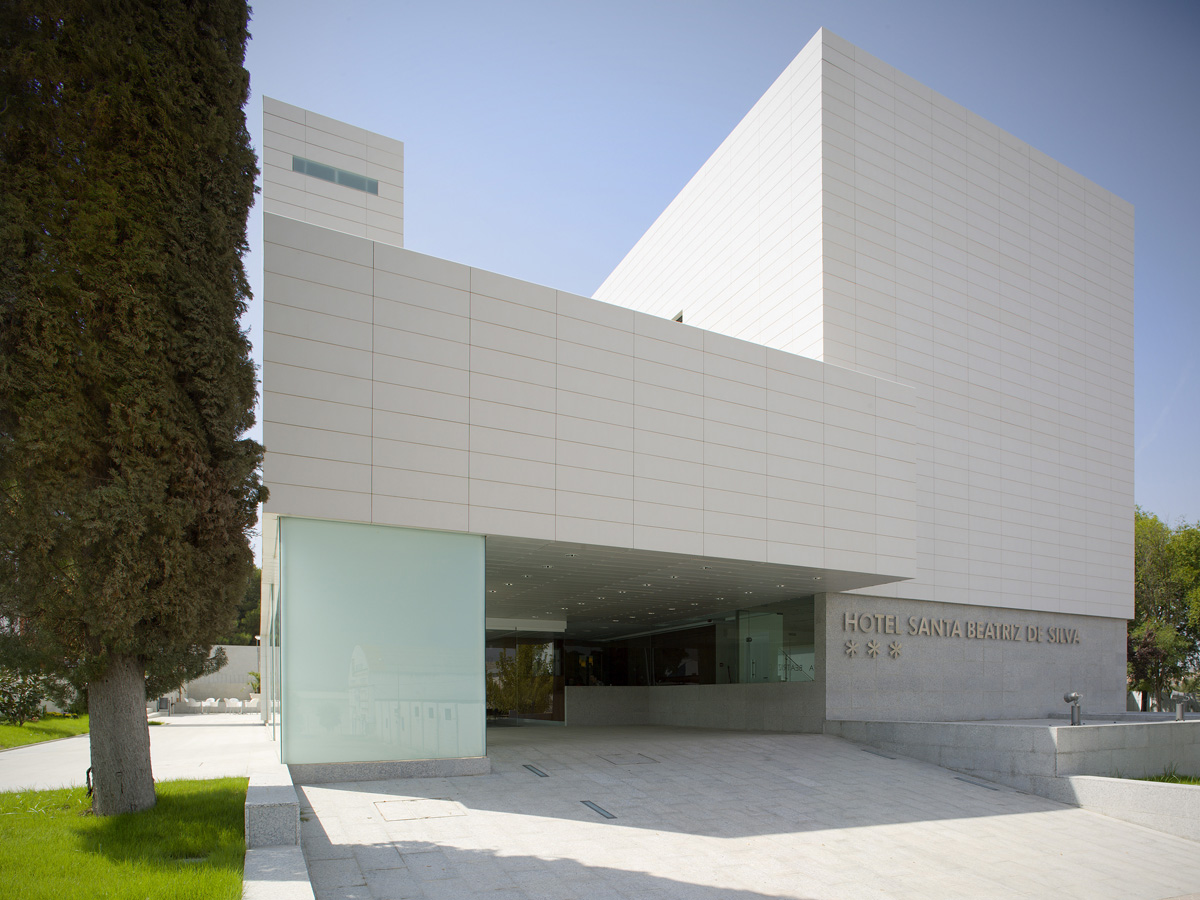 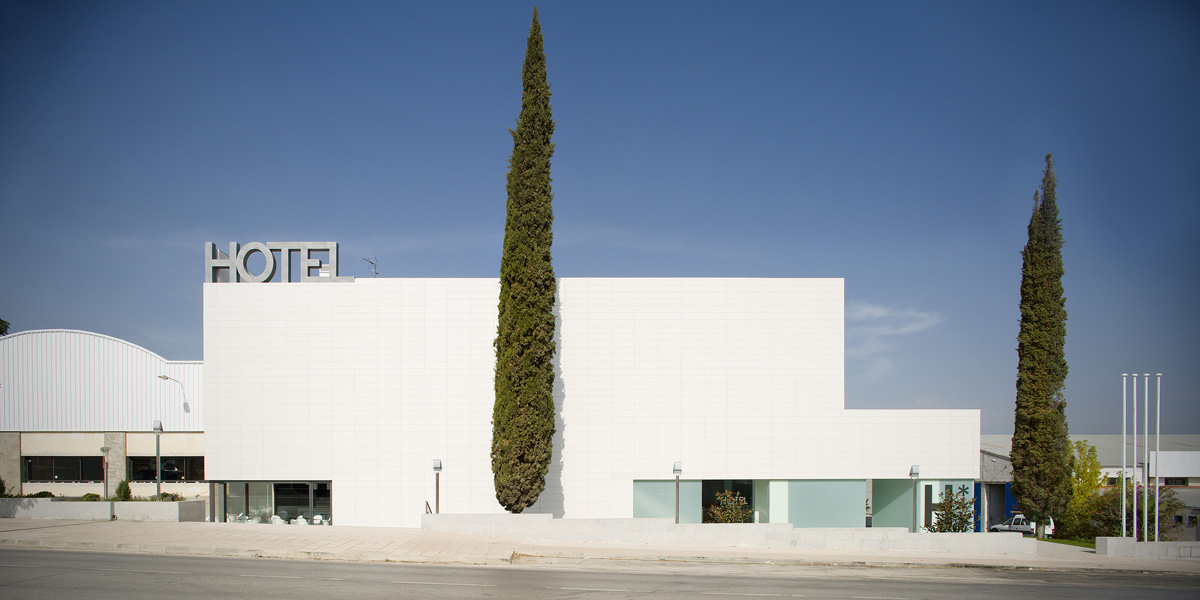 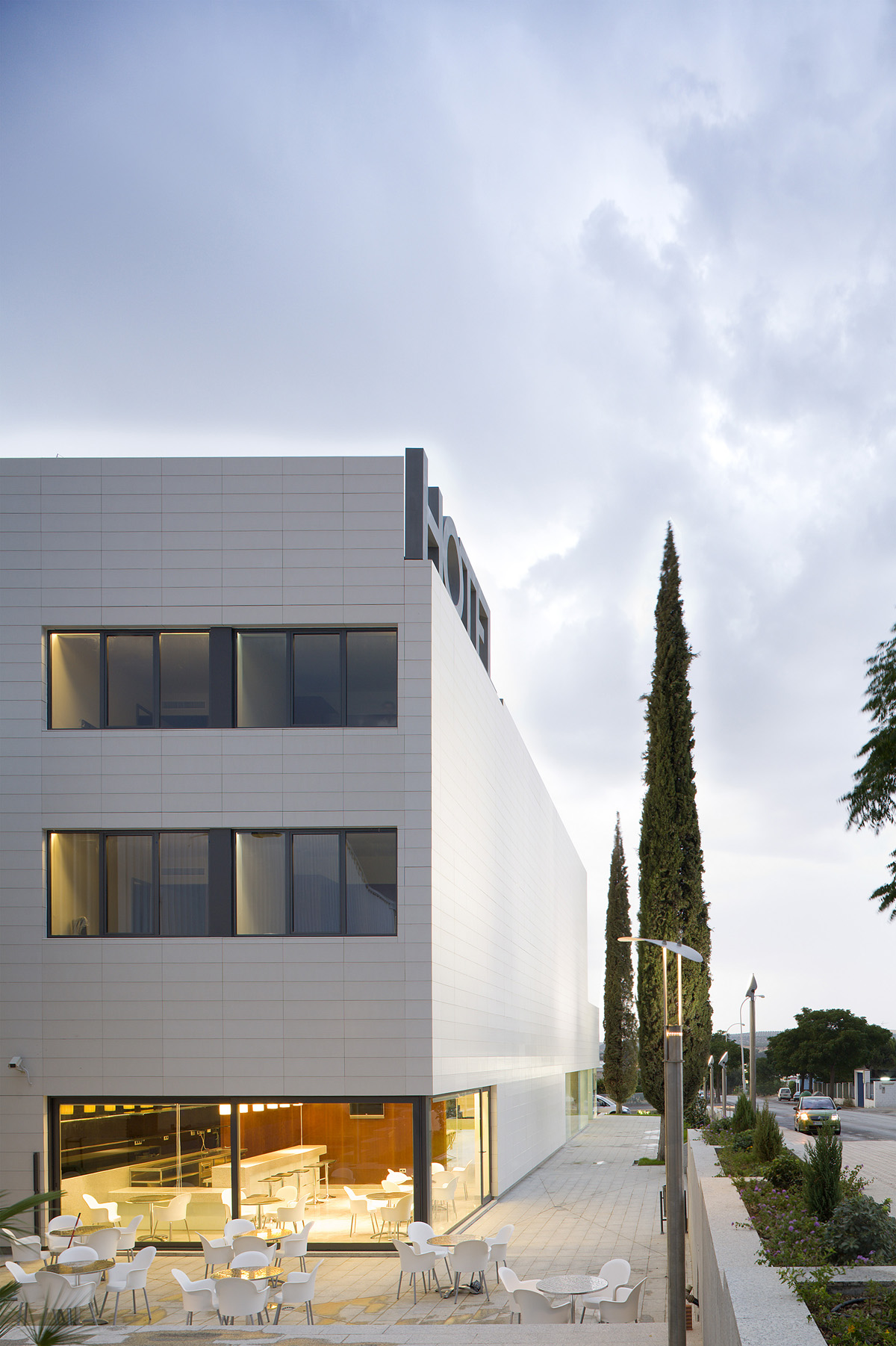 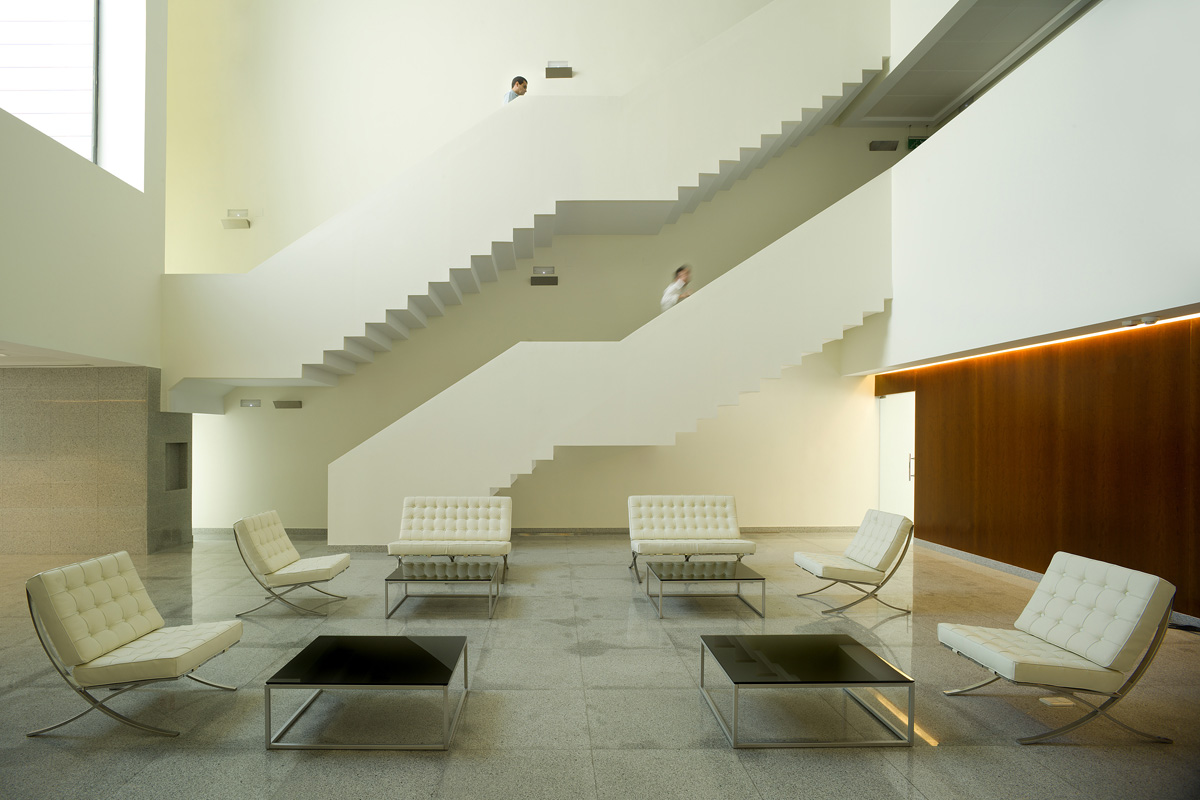 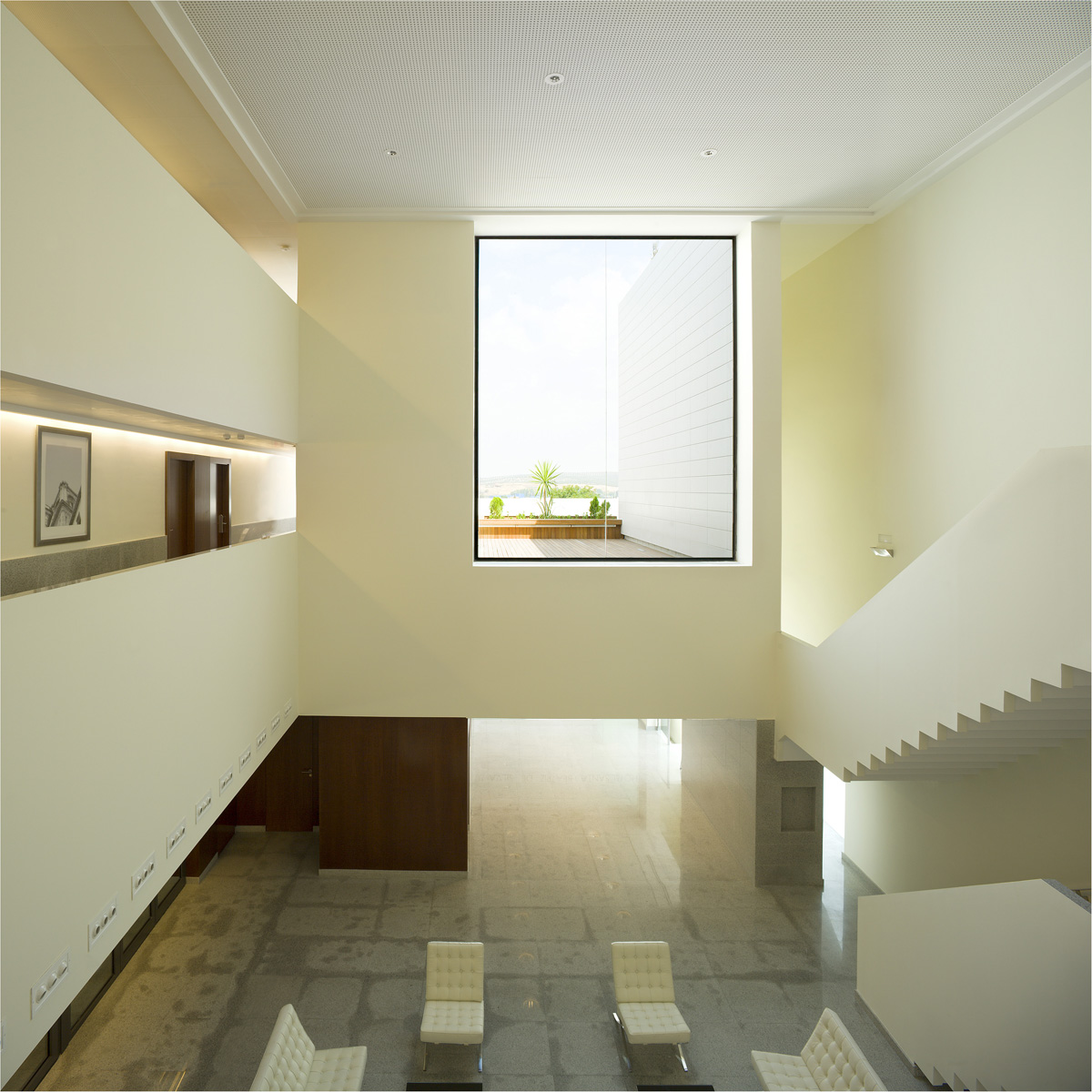 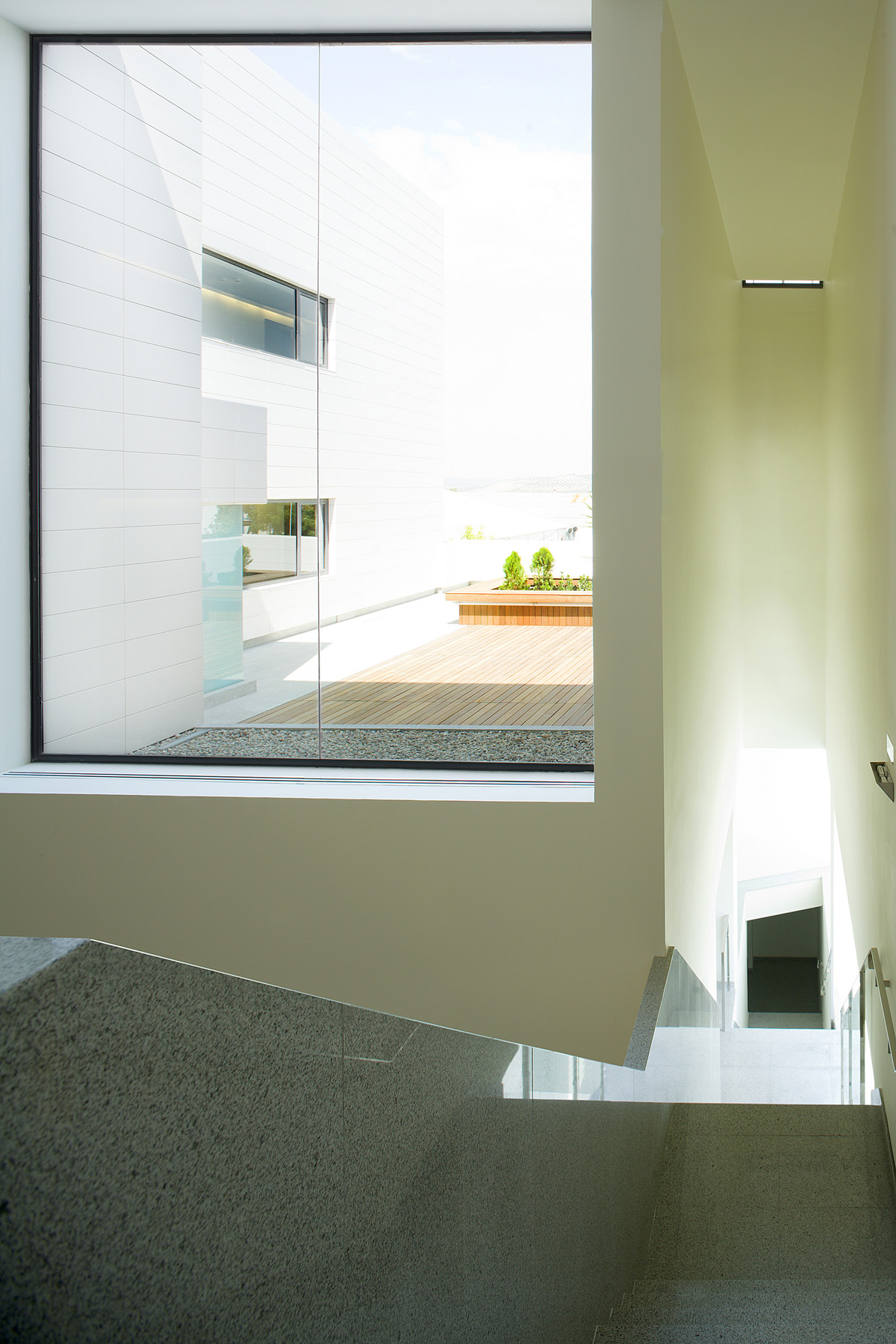 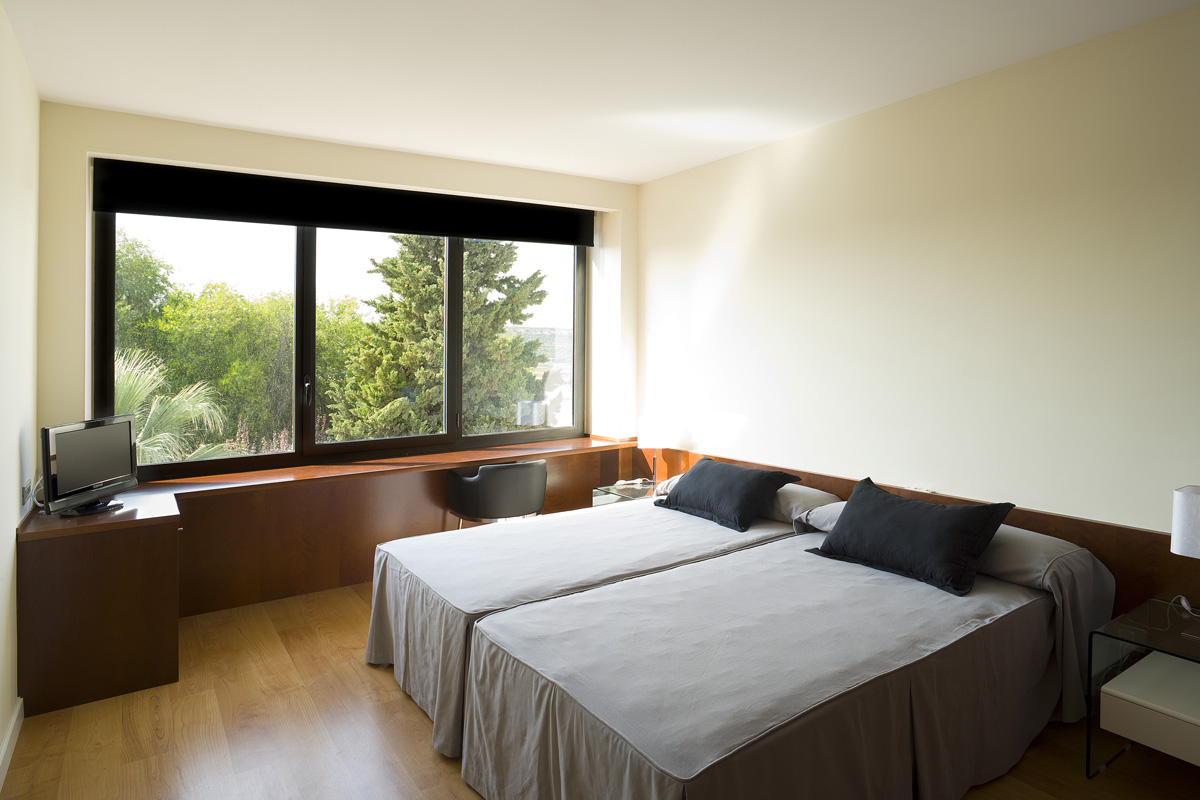 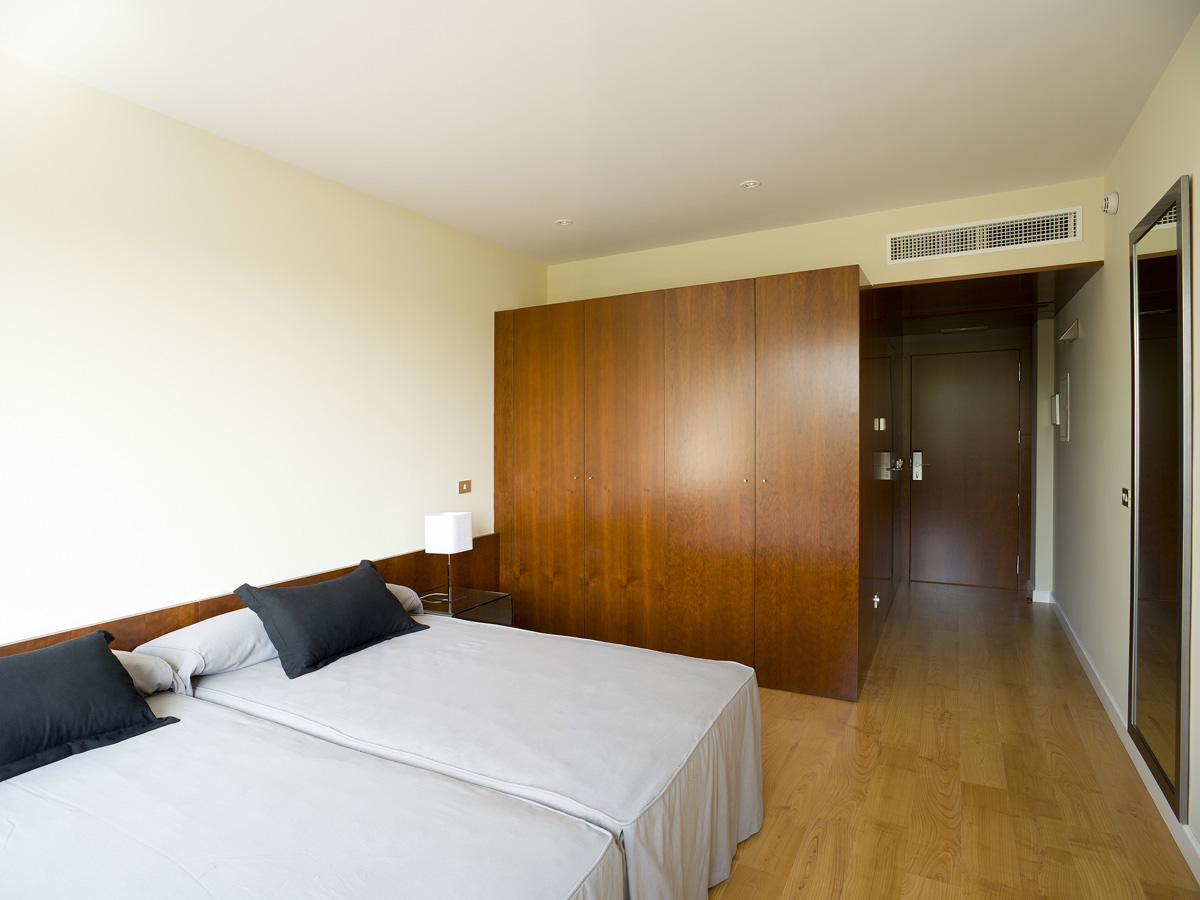 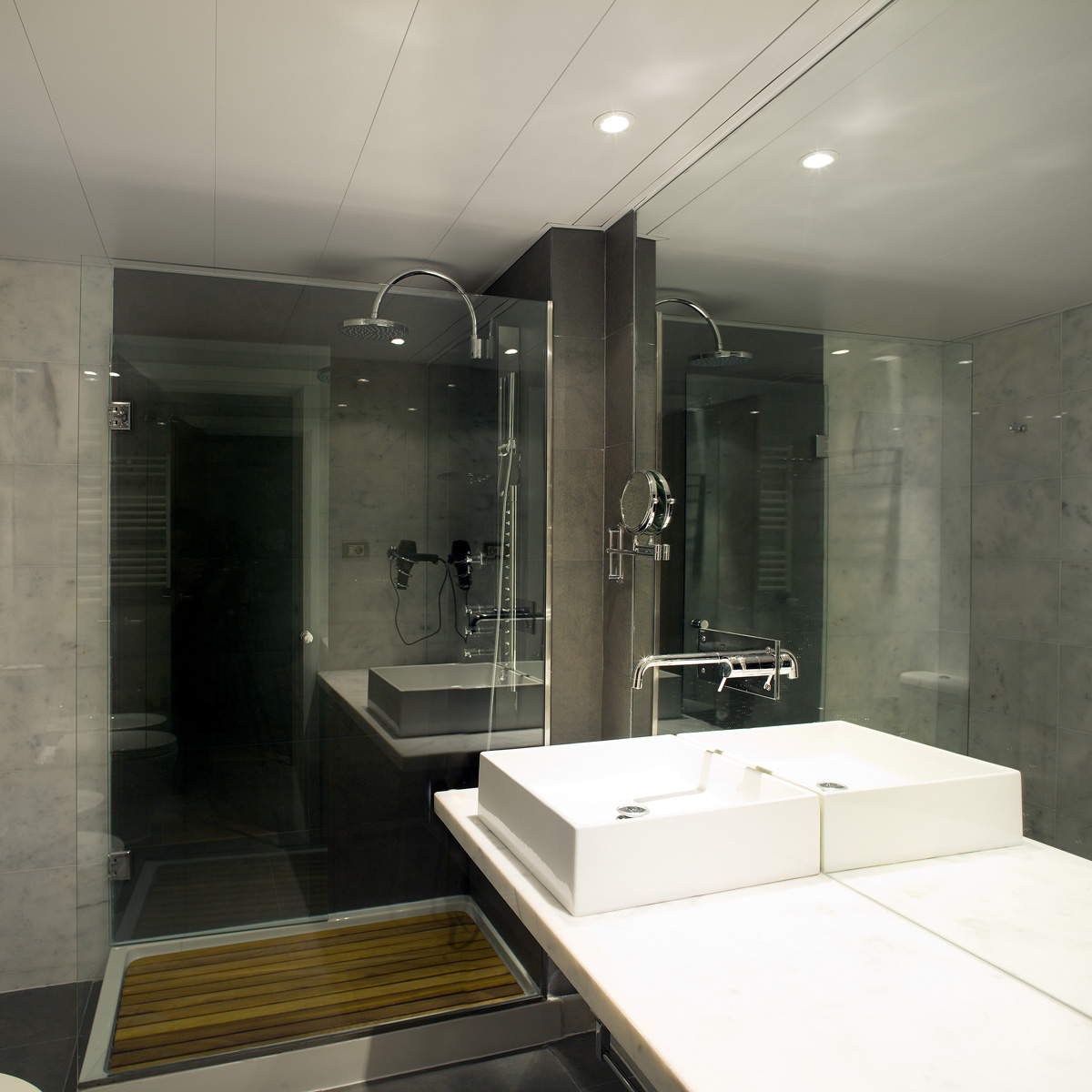 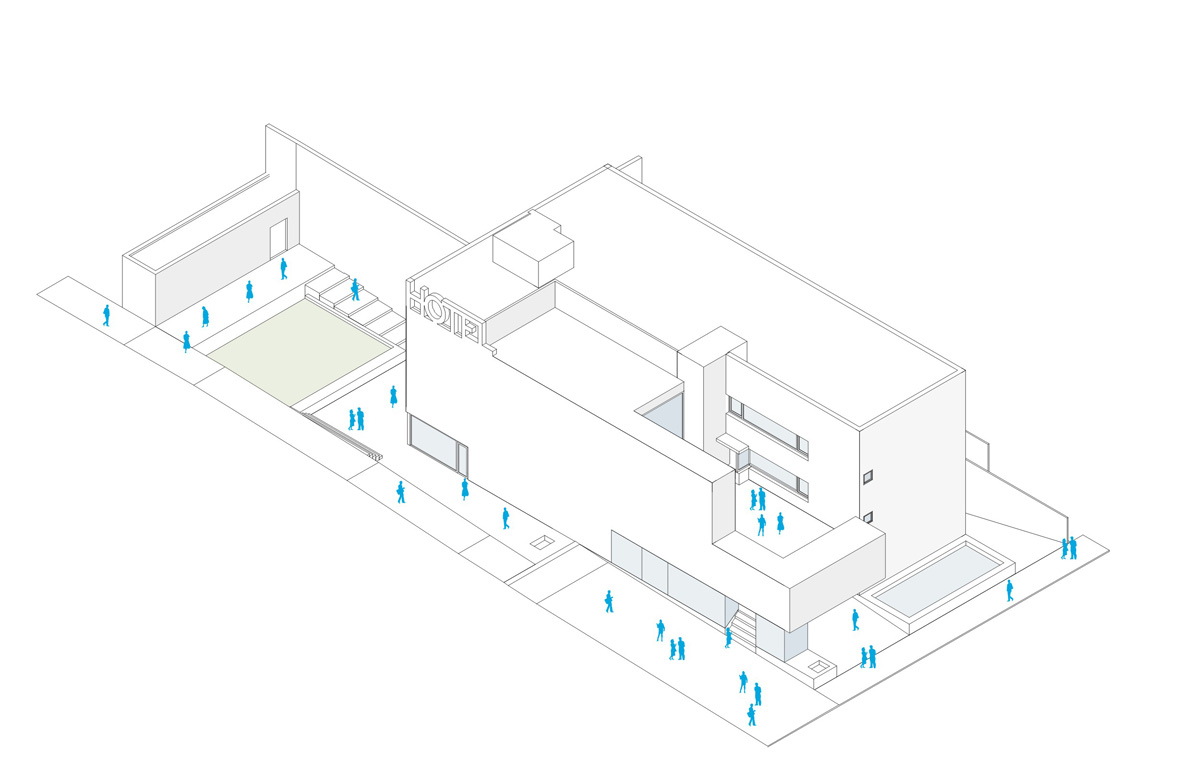 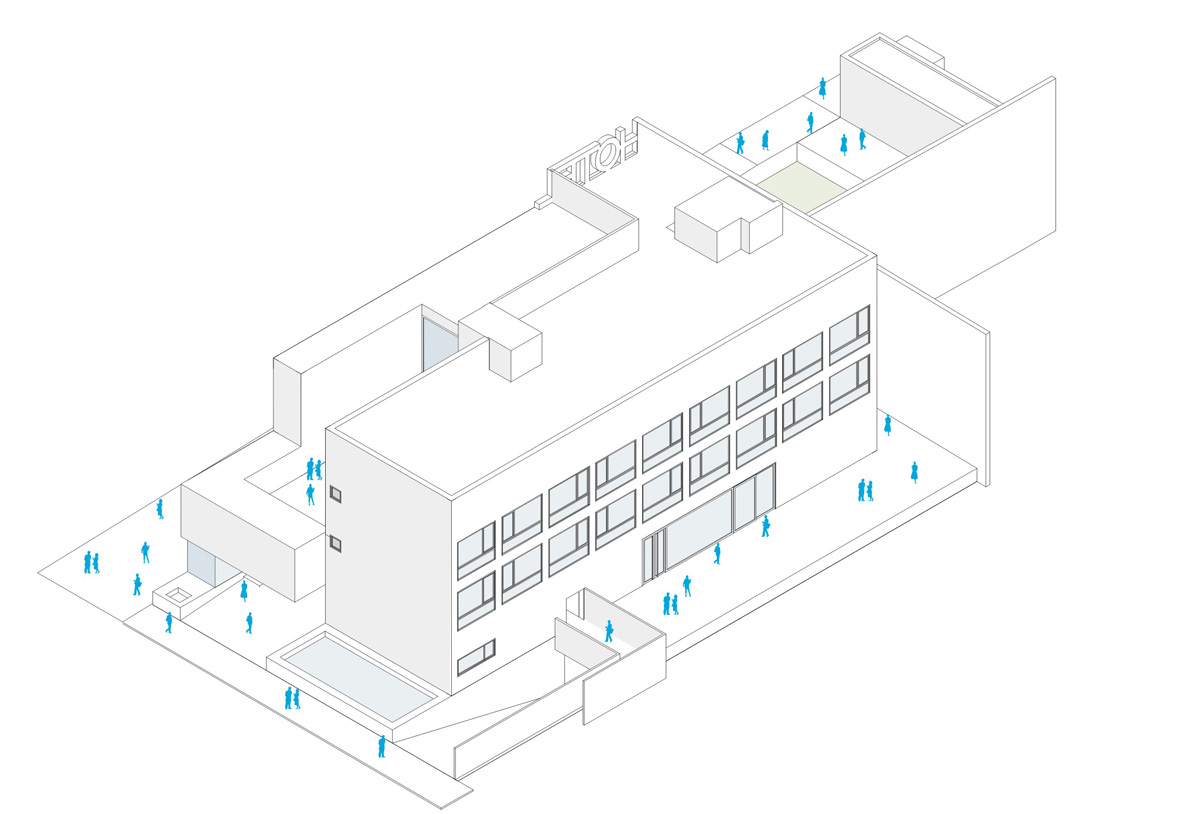 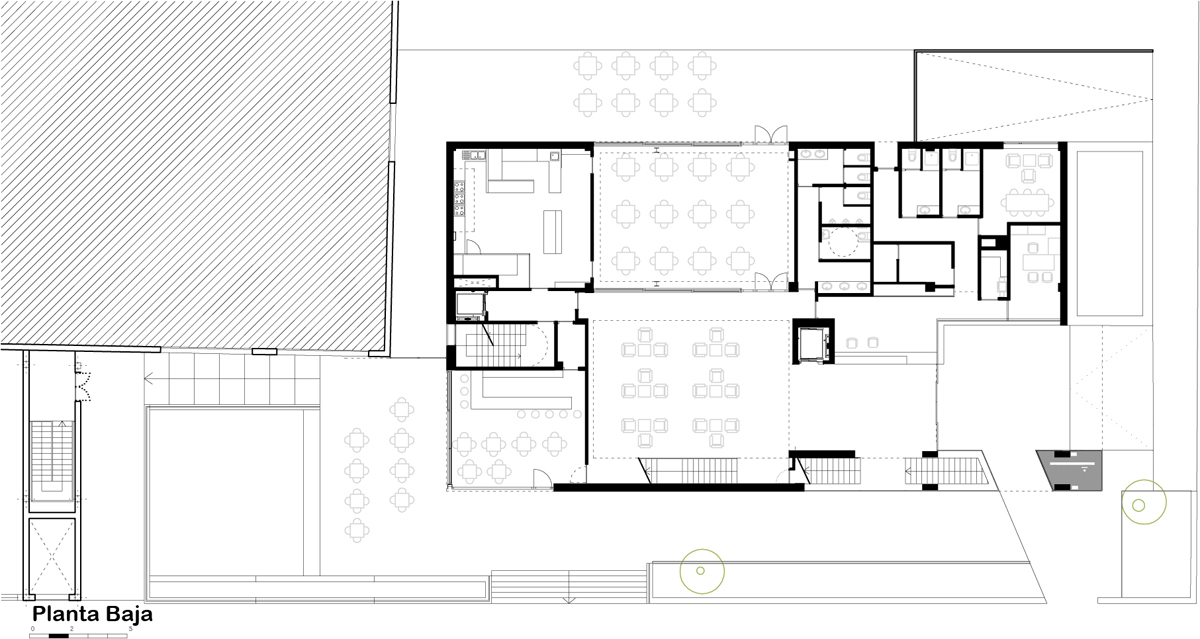 Situación Polígono industrial “La Inmensa”, Mengibar (Jaén)
Cliente Ogamar, S.A.
Año proyecto 2005
Año Construcción 2006-2007
Constructora Ogamar, S.A.
Dirección Técnica DTR/ Tomás Pancorbo
Coste Total Obra 3.000.000,00 €
Memoria
The proposal is set in one of the industrial areas of Mengíbar (Spain). Its position is determined by the proximity to the main roads that connect the province with Madrid, Granada, Cordoba and Seville and in turn the proximity to the town center, which makes its location is strategic.
The local Mandatory Regulations define a very specific rules :
We have a forced separation from boundaries of four meters, maximum height 9.60 meters and a floor area of no more than 1,000 m2.
These mandatories set up the solution adopted and define absolutely the final design.
The Hotel, as a unique and reference must be shown and positioned in a prominent place. Thus, the placement of the same area of the parcel abutting the highway Bailen brings us rolled flows both from the industrial zone as the highway exits.
This position leads us to create a powerful front towards the road and releases all existing garden area and relaxation area and expansion of the hotel. In addition we make an enclosure that appropriates new existing ships giving them a new character that will be enhanced with subsequent conversion into halls for weddings.
The aforementioned problem begs the importance of ensuring volumetry as a clearly dominant position in a hostile environment like the one we found.
The determination of planning a limitation both surface height and shows us the impossibility of working with the built, but if we have the opportunity to work with empty space and transparencies, arguments that give us the possibility to carry out spatial and volumetric changes that begin to be more in line with what the project demands.
Thus the resulting volumetric simulates a total occupancy of the building in different plants, but there is a flush of the same inside and outside resulting adequacy thereof to the building regulations in the area without losing the roundness sought.
Additionally, the building is deconstructed right in the entrance area to make that transition and position near the corner where the two streets.
Touring is a project, establishing a path from the client out of the car with suitcases, until it leaves the luggage to your room. Entry into slight ramp to locate the hotel on a podium that distinguishes it from the rest.
Great reception vestibule, low ceilings leading the traveler to go up to the hall to triple height is that piece of ideal world that generates the hotel itself to forget their surroundings and staring at those points of interest: the garden through the conservatory restaurant and sky through the large window situated north. This space is enriched with circulations that occur around them, either by the two flights of stairs to the lobby to open up to the rooms, either by entering the halls of the dorms.